A little web site for messing about with old league tables

I rewrote the site to be a static site with all the logic in JavaScript, so that it didn’t need a database or Heroku anymore. There’s now an autocomplete for choosing seasons, and slider which you can use to decide which games to include in the league table – slide the end slider back and it will leave out games from the end of the season, slide the start slider forward and it will leave out games from the start of the season. Here’s how it looks now: 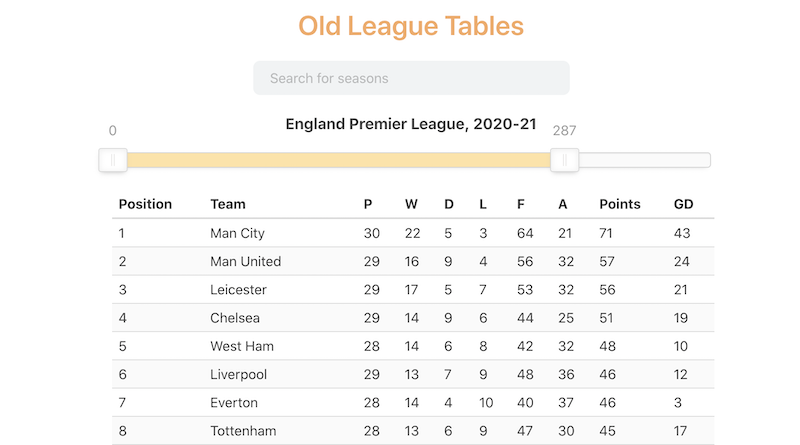 I sometimes like looking at old league tables. It can be useful to put current league tables in some kind historical perspective: how remarkable is what we’re seeing now, compared to what we saw in the past? The thing I usually want to see isn’t just how the table finished at the end of the season – it’s how it was at some particular point along the way. This team who has 18 points after 25 games – how remarkable is that?

I have to post that as an image, as Statto may or may not be there if you click that link – it has been known to go missing for months, or even years at a time.

To fill the gap, I have knocked together a little website that shows league tables for old football seasons. You can find it at oldleaguetables.com. 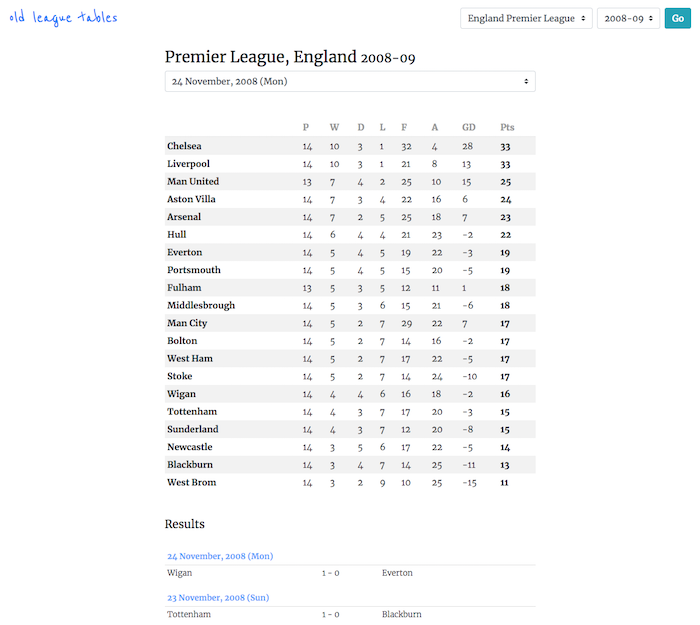 It’s worth noting that every possible expense has been spared in the deployment of this little site, since I’ve no idea if anyone cares about any of this stuff apart from me. It’s running on a free Heroku plan against a free cloud Postgres database, so if you do pay a visit, and find anything less than a stellar user experience, well, that’s why.